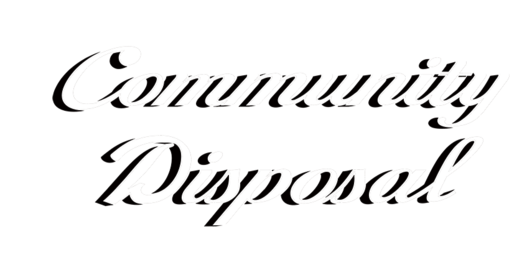 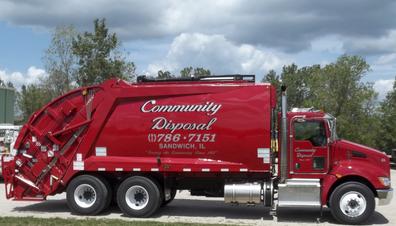 Our fleet through the years

In 2003 Robert Jon (Bobby) Voss was hired part time while he was still in high school and through his college years at Northern Illinois University.  He was hired full time upon his graduation in 2010.
In 2013 Bob retired from being an everyday driver on our commercial route to our only full time office personnel.  He currently is in charge of our payroll, accounts payable, accounts receivable, answering the phones, sales and all the day to day operations of the company.
Tom is our recycling driver, operations and route manager, mechanic and helps out in the office and sales.
Bobby is our commercial route driver, in charge of computer technology and internet and also helps out in the office.
Our company has grown form that one truck route to a company with four trucks with six employees all serving 3100 residential customers and 325 commercial customers.
We are proud that we have grown along with the community we serve and hope to be doing this for generations to come.

Community Disposal Inc. was established when founder Robert W. Voss purchased a one truck route from Vic Thomas.  In 1960 he hired Charles (Gus) Hanson to help build the company and in 1979 after 19 years of service, Gus left for a different job opportunity.  At this time Robert R. (Bob) Voss was hired to help out his dad.  Bob had previously worked part time for the company beginning in 1975, working summer vacations while in college.
Many employees have helped Community Disposal over the years as the company continued to grow.  Starting with Roger Stacks 1977 - 1979; Bob Rohrer 1979 - 1982; Gary Weber 1982 - 2012; Scott Augustine 1990 - 2000; Jon Voga 2000 - 2006 and Dan Hoyt 2006 - 2012.  Without their help through the years, we couldn’t have made it.
In 1992 Tom Hohmann was hired part time while he attended Illinois State University.  In 2000 he was hired full time to help manage the tremendous growth the company was experiencing.